‘San Francisco’: the song, the story, and the sisters who made it

Last week, along with the announcement of my upcoming album ‘Chosen Daughter’, I released the first single from the album, ‘San Francisco’. I wanted to tell you a little bit more about the song, because the story behind it is very special to me. 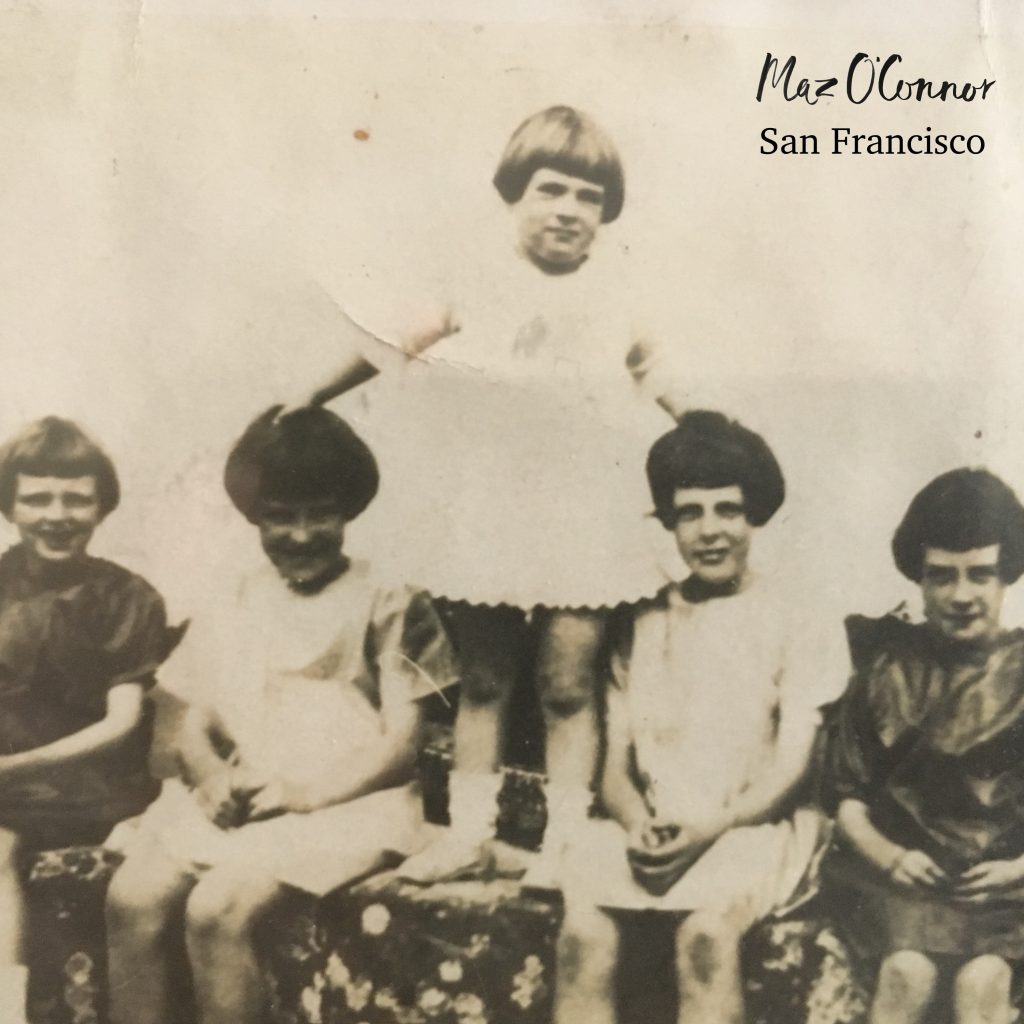 The picture above shows  my Gran (the one standing up in the middle) and her four sisters; Terry, Gertie, Mona and Brenda. They were all born in Waterford, South East Ireland. My Gran was the youngest of the sisters and shortly after she was born their father died. Their father was a grocer, and the family lived in the flat above the shop, where they also took in lodgers. When John died, they lost the shop, and so they lost their home as well. My great-grandmother, left with 5 young girls, was really struggling. They had nowhere to live, and were relying on family members to put them up. This was not a permanent solution, and for five young girls and a single mother in 1920s Ireland, there weren’t many options. The eldest of the sisters, Mona, made a decision to leave Ireland and travel, alone, to America where she would become a nun. She was 16 when she left.

The order that she went to live with educated and housed her four sisters in England. She got herself out of poverty and got her sisters a chance to get an education. She gave her mother the time and freedom to train as a midwife and get her life back on track. But to do that she had to make a decision, at an incredibly young age, that would alter the course of the rest of her life. She never saw her mother or her sister Terry again; by the time she made her first visit back to Ireland in 1959 they had both died.

I met Mona a few times as a child and always found her warm and good-natured. It seems she had had a happy life in California, as a sister with the Order of the Religious Sacred Heart of Mary. I of course knew she was a nun, it was hard to miss (see the pic of her in her habit below….), but I didn’t know the full story until recently. I was very moved when I learned it.

You see, as a feminist, I’m all about choice. To me, feminism is choice. The freedom of choosing, and the ability to choose your freedom. However that looks. And so if this was Mona’s choice, if she had a vocation– which she apparently did– then this story isn’t necessarily one of injustice. But to be female in Ireland at the time meant that her choices were limited. And that’s what moved me: reflecting on myself as only two generations on from Mona, from my Gran and all of her sisters, I am overwhelmed with gratitude for the sacrifices that the women who came before me made so that I can enjoy the life that I do. We are all links in a chain; the continuation of a line that began long before any of us remember, and along which love, loss, trauma, joy, pain, sacrifice, songs, and stories are carried. Thanks to Mona, thanks to all of my foremothers who, because they were female and Irish, had limited freedom and made difficult choices, I have the huge privilege of being a musician and writer now. And I relish the opportunity to be their daughter: the one able to carry the songs and stories and, I hope, pass them on.

You can pre-order the album, and receive ‘San Francisco’ as a download immediately, by clicking here.