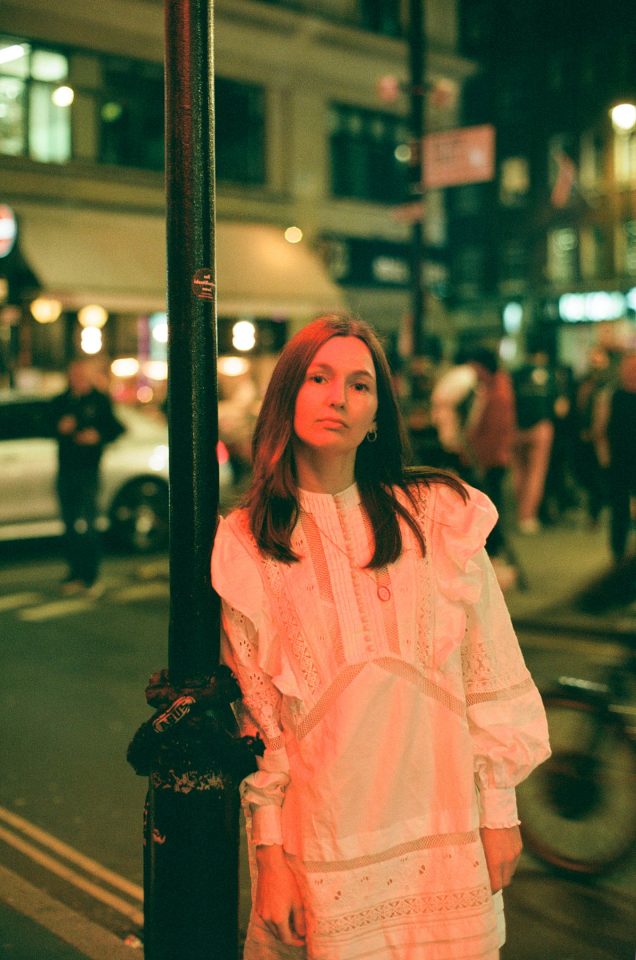 Described by The Observer as ‘a highly individual singer-songwriter’, Maz O’Connor is a truly unique artist.

Known for her haunting, emotive vocals and her poetic lyricism, her songs are most often short stories inspired by her love of literature, folklore and mythology. Her Irish roots, she suspects, inform her love of darker tales—those of heartbreak, longing and loss.

She wrote her first song aged four, whilst making a ‘radio show’ with a cassette player and her older brothers, and grew up singing old folk songs in her local Cumbrian venues. As a teenager, the songs of Bob Dylan and Joni Mitchell inspired her to learn the guitar, and listening to Regina Spektor inspired her to write her first songs on piano.

Winning a BBC Performing Arts Fund Fellowship in 2014 (once won by Adele) brought Maz to wider attention, and later that year she was nominated for a BBC Folk Award for her first album, ‘This Willowed Light’.

Maz has since released 3 further albums, toured the U.K., Europe and Eastern Canada, played live sessions on BBC Radio 2 and 3, and appeared at major U.K. festivals, including Glastonbury.

Her latest album, 'What I Wanted', was co-written and co-produced with composer Will Gardner and released in May 2022. It's an ambitious song-cycle set in the city at night and explores themes of anxiety, capitalism, sexuality, spirituality, and the search for connection in an age of consumerism.

'What I Wanted' has been widely praised, and called ‘an excellent thing’ by Mark Radcliffe of BBC 6 Music and BBC Radio 2.

‘I’m interested in connection,’ she says, ‘that’s what music is to me. Creating a moment between myself and an audience member, a moment that’s intimate and real. I’m always seeking that.’

“BBC Performing Arts Fellowship graduate Maz O’Connor is a real find, fusing influences from the past (Joni Mitchell) with those of the present (Bon Iver) to concoct a dazzling array of part electric, part-acoustically crafted folk that occasionally borders on the experimental.” (Drowned in Sound)