The Sun, reviewing the record alongside Ringo Starr called it ‘a thought-provoking, narrative-rich song cycle which is both timeless and contemporary’.

The Observer said: ‘Maz O’Connor has transformed into a highly individual singer-songwriter whose vocals have acquired a swooping freedom reminiscent of Joni Mitchell’.

And Songlines called the record ‘a haunting examination of womanhood’.

I’m so grateful to all the journalists who wrote so kindly about the album and helped me get the word out about it. Thanks, too, to Gaby Roslin for having me on BBC Radio London to play some tracks live. 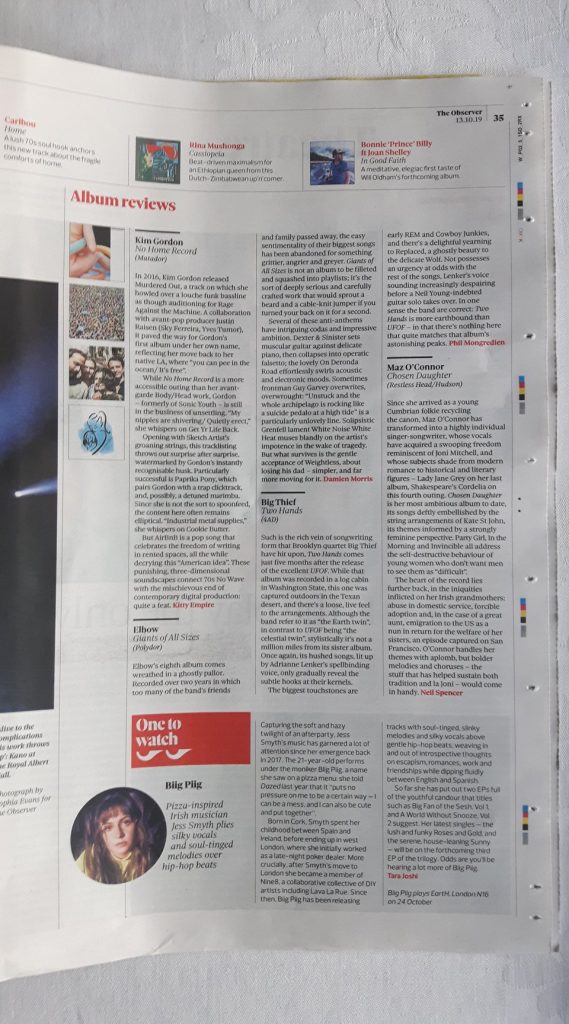 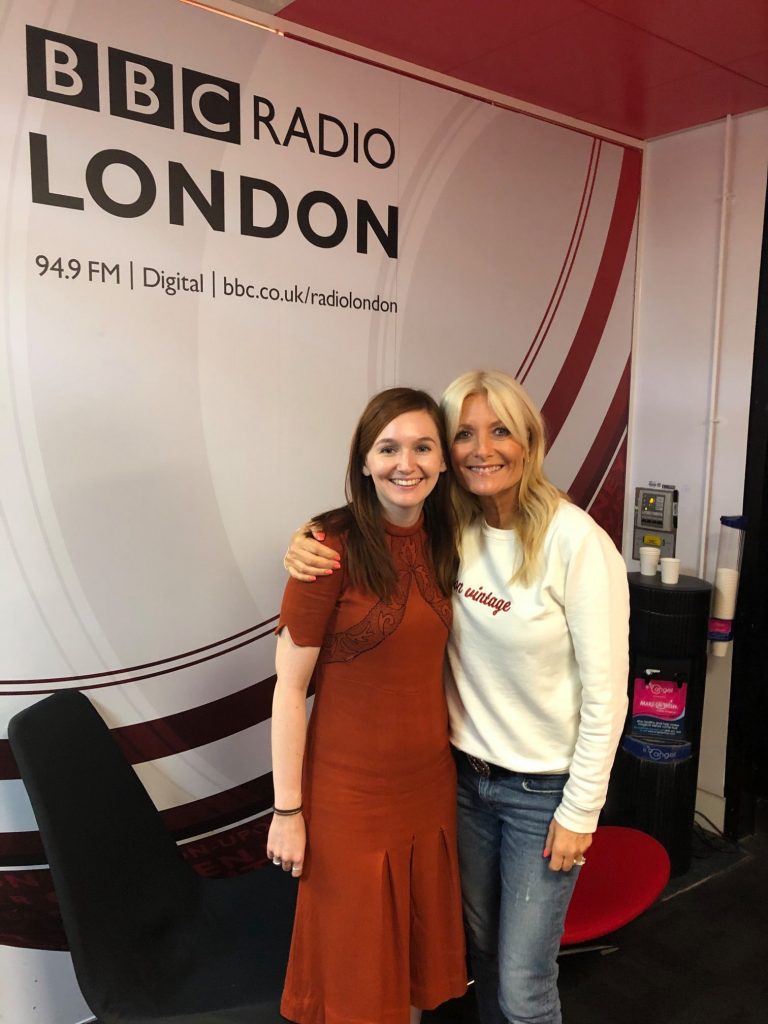 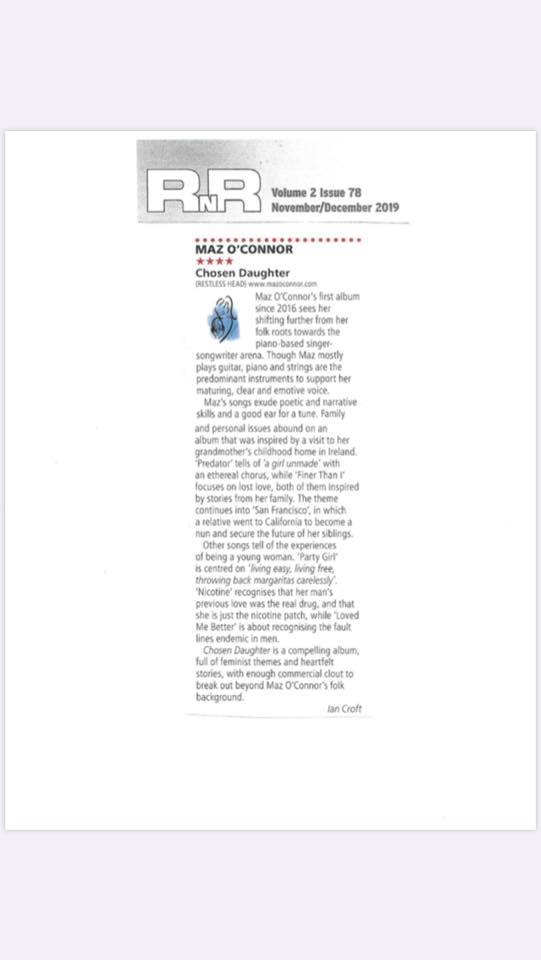 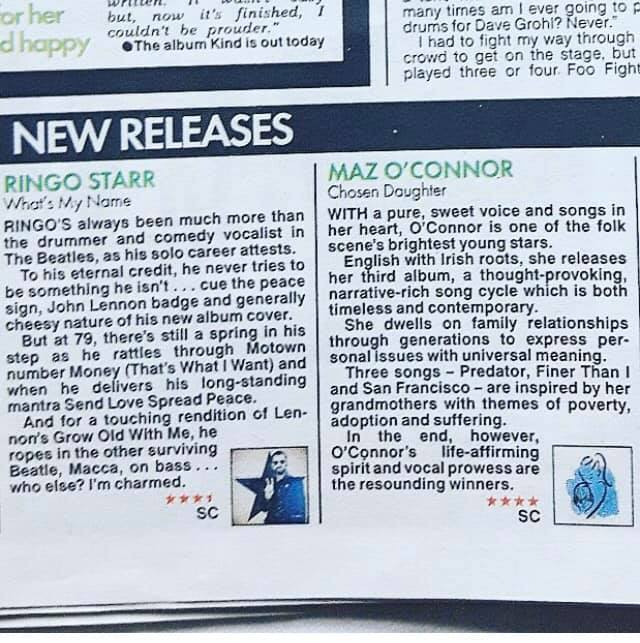 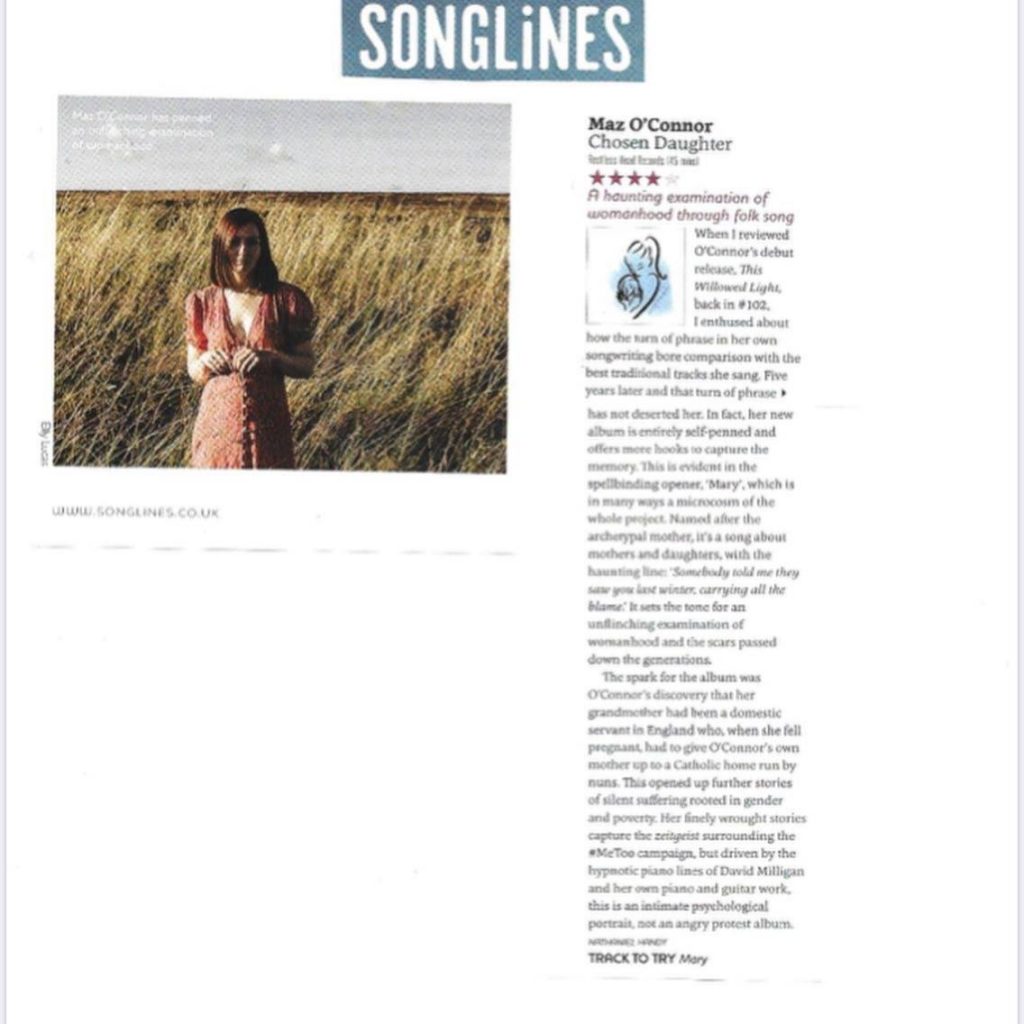