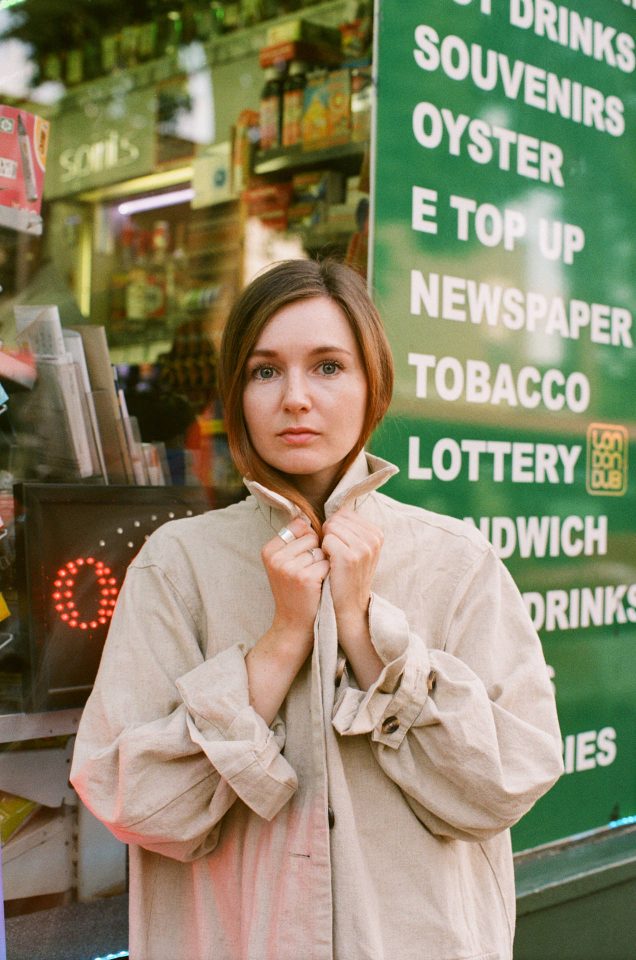 When Maz O’Connor was four years old, she and her brothers found a tape recorder and started making a radio programme.

‘Even an imaginary audience was so exciting to me,’ she says, ‘that I started making up songs on the spot. I suppose I never really stopped doing it.’

As a teenager, she learned the songs of Bob Dylan and Joni Mitchell on her first guitar. After university, where she studied literature, she moved to London, was awarded a BBC
Performing Arts Fund Fellowship, and released her first album, ‘This Willowed Light’.

She has since released 2 albums and an EP and received play across BBC radio, from Radio 4 to 6music, with live sessions on Radio 2 and 3 along the way. She was described by The
Observer as ‘the perfect mix of youthfulness and gravitas.’

‘I’m interested in connection,’ she says. ‘Where we find it, and how we lose it. All music, to me, is a question: this is how it feels, right? To be alive?’

Her new album, co-written and co-produced with composer Will Gardner, is an ambitious song-cycle set in the city at night. It explores themes of anxiety, isolation, inequality,
capitalism, insomnia, regret, sexuality, spirituality, absent friends, and the search for redemption in an age of consumerism.

‘Big themes I know, but there’s also some laughs along the way,’ she says. ‘I hope.’